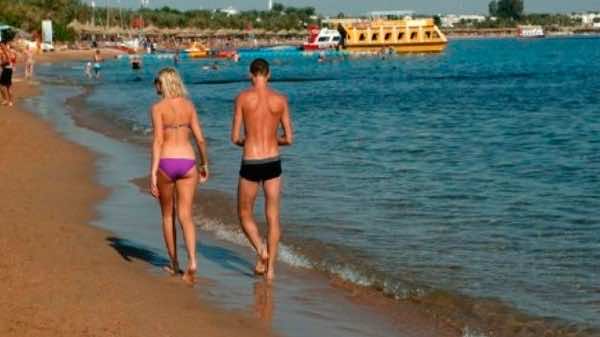 Faced with a dangerous economic crisis, it appears that Egypt’s Islamist rulers have started to apply a powerful principle in Islamic jurisprudence, the “Law of Necessity,” which sanctions what is forbidden.

Egypt is desperately trying to attract Israeli tourists back to the Sinai region, Israel’s Channel 2 reported Thursday. This is despite President Mohammed Mursi’s infamous statements (which he said were taken out of context) urging Egyptians to “nurse” their children and grandchildren on the hatred of Zionists and Jews.

Israeli tourists once flocked to Sinai’s beach resorts, but following the revolution that ousted President Hosni Mubarak, numbers have dwindled as the security situation has deteriorated.

“Recently, Egypt invited a group of Israeli tour guides, both Arabs and Jews, on a friendly tour to show them Sinai’s attractions,” reported.

Israel’s Counter Terrorism Bureau issued on March 6 an advisory warning Israelis not to travel to Sinai for the Passover holiday, due to the risk of terrorist attacks. However, some Israelis prefer not to heed those warnings.

“I don’t feel afraid here, and I call on all Israelis to come and enjoy the beauty of Sharm el-Sheikh and the beaches of Sinai, which is still beautiful with warm sun in winter and clear sea,” Egypt’s widely-circulated newspaper quoted a customer of an Israeli travel company as telling Channel 2.

“Not only that, but the prices also appear to be from another planet. A night in the Sonesta Hotel in Taba, including everything, costs $60, and in the Intercontinental Taba it amounts to $120 a night,” the customer added.

“Egyptians are aware that there’s a great fear that haunts Israelis in coming here, and we try to encourage them to overcome the warnings directed at them,” said Mohammed Hamdi, head of a tourism office in Cairo.

Freedom of expression in Sinai, referred to as a “state within a state,” can be felt with publically visible, torn images of Mursi, something which would have been unthinkable under Mubarak, according to the report.