Taroudante-  The Ministry of National Education announced on Monday the results of baccalaureate exams of the June session. The number of students who successfully passed the exams reached 156,429 out of 502,127 candidates. 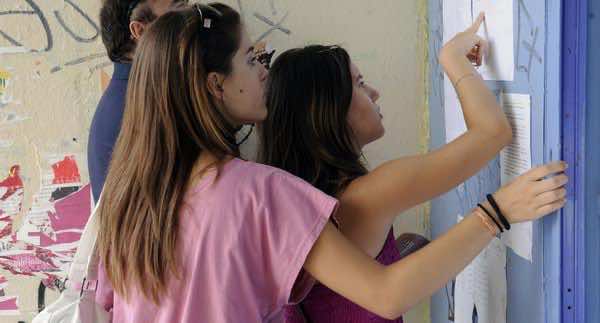 By
Larbi Arbaoui
-
Larbi is a freelance writer and assistant editor at Morocco World News.
Jun 25, 2014
Spread the love

Taroudante-  The Ministry of National Education announced on Monday the results of baccalaureate exams of the June session. The number of students who successfully passed the exams reached 156,429 out of 502,127 candidates.

According to a press release by the Ministry of National Education, the success rate in the regular session increased by 6.4% compared to that of 2013.

Like the previous years, females outperformed males at the national level.

In the regular session of the baccalaureate exams, 49.8% of those passing the exams were female. 43.06% of females passed the exam, compared to 36.25% recorded by males.

As usual, the students of scientific and technical disciplines outperformed their peers in arts and linguistics with a success rate of 45.20%, and 32.19%, respectively.

However, the overall success rate of Arts and Linguistics students reached this year 32.19 % compared to 27.81% in the regular session of 2013, recording an increase of 4.38%.

More than 176,000 candidates, representing 44.31% of the total number of present candidates at the regular session, will sit for the July session exams on July 8, 9, and 10.

The final results of the July exams will be announced immediately after the deliberation of the July session, to be held on July 18.

According to the Ministry of National Education, the number of Moroccan candidates who sat for the national baccalaureate exams this year has climbed to 502,127 candidates, marking an increase of 4.7% compared to 2013.

© Morocco World News. All Rights Reserved. This material may not be published, rewritten or redistributed.