Rabat - Following the Israeli aggression against Gaza, Moroccan Muslims and Jews have mobilized to launch an appeal to the international community to stop the Israeli "murderous madness." 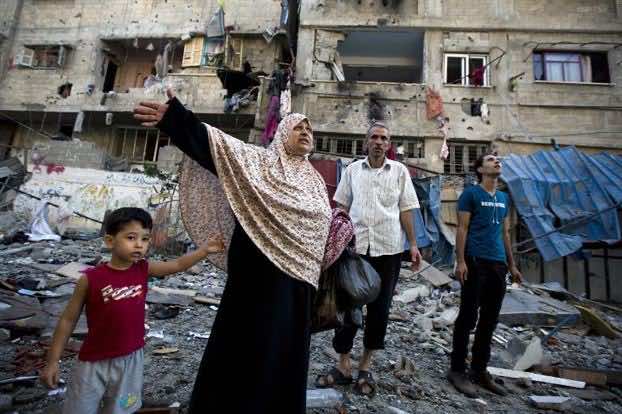 By
Aziz Allilou
-
Aziz Allilou is a student at the Higher Institute of Media and Communications (ISIC) and Morocco World News correspondent in Rabat.
Jul 11, 2014
Spread the love

Rabat – Following the Israeli aggression against Gaza, Moroccan Muslims and Jews have mobilized to launch an appeal to the international community to stop the Israeli “murderous madness.”

“We call, with our modest and powerful voice at the same time, all those who have the power to stop this murderous madness, to use that power,” reads the petition relayed by community activist Ahmed Ghayat and signed by Moroccan Muslims and Jews.

“We Moroccan Muslims and Jews, our common history, our culture, our lives, and our common community life, give us a right to face the Israeli horror, hatred and violence. And it is our duty to spread the word,” stresses the petition published on Facebook. It has already collected over 696 signatories.

The signatories, led by men and women who believe in peace, urged all individuals who support this initiative “to spread the word in order to call for peace, and use the power of social networking to promote a letter that says ‘stop the massacres, for peace, for the benefit of everyone’.”

Similarly, over ten Moroccan associations and human rights organizations called on Moroccans to take the streets on Friday, in solidarity with the Palestinians in Gaza.

The Moroccan associations and human rights organizations stressed in a press release that this protest is to “to denounce the Israeli racist andterrorist attacks on the Palestinian people. It also condemns the continuation of the Israeli policy of collective punishment against Palestinian civilians.”

The protest is to take place on Friday at 10 pm in front of the Parliament in Rabat.