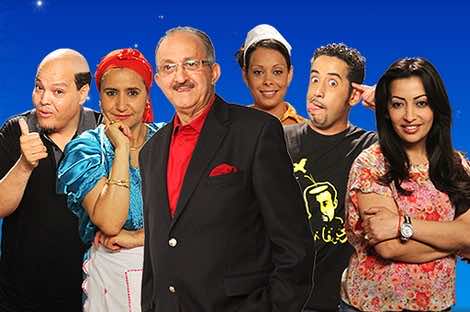 2014 marked a failure for the Aloula Moroccan TV channel, according to Faiçal Laraishi, the president of Société National de Radio diffusion. Laraishi announced that Aloula had experienced a record drop in viewers compared to last year, from 10.1% to 6.8% of viewers.

This Ramadan, Moroccan viewers criticized Aloula for not meeting the needs of the new generation of viewers, asserting that the artistic product was not adequate nor was it widely shared or advertised in social networks such as FaceBook or Twitter. In contrast, programs and sitcoms on 2M became popular on those online sites.

Sitcoms: like “lcouple,” “Kenza f douar” have played an immense role in boosting the ratings of 2M, as the most watched channel among all the Moroccan national channels.

However, particularly during the time of breaking of the fast, Aloula did not even receive 4% of the audience, a disastrous statistic that it has never seen before.

All in all, the national channels gather a high proportion of viewers with 58.3% more than foreign channels which attract 41.7% of the Moroccan audience.