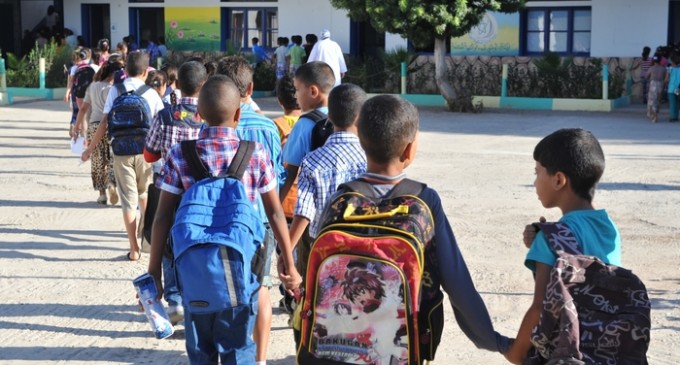 Rabat – A young Moroccan schoolgirl was prevented from entering the class room because she was wearing a skirt deemed as “very short” by her school, according to Telquel.

Less than four months after the famous trial of the two girls in Inzeggane for their “immoral” short skirts, which stirred a heated debate a in, another scandal has broken out in Oulad Taima, a small city near Taroudant and not too far from the site of the “skirt trial”, Inzeggane.

An 11-year-old student was prevented from coming to class and was confined for many hours in the administration office by the school headmaster for wearing “a very short uniform”.

“The incident took place on Saturday, October 25, when my daughter, who does not know the law of the school, was prevented from attending a class in arts because of her alleged unsuitable uniform, while it is not true,” the young student’s father said according to the same source.

The father said that the school’s administration threatened to see him after he described it as “islamist.”

“I received threats from the school administration. They wanted to sue me for describing them as ‘fellows of ISIS’ on my Facebook page.”

According to the same source, the school headmaster makes female students wear uniforms that cover their knees, after receiving a correspondence from the Ministry of National Education that increased the autonomy of school authorities, permitting them to decide many of their own rules.

The Provincial Delegate of the Ministry of National Education in Taroudant, Ibrahim Aderdar, promised in an interview with Assabah newspaper that they will conduct an administrative investigation to shed light on what happened.