Rabat – Tawargit is a Moroccan Amazigh music band in the south east of Morocco. The group has won the national modern Amazigh music awards, given by the Royal Institute of Amazigh Culture.

MWN: Congratulation on the award, how are you feeling?

Great. This prize will push us to continue in this domain, and it gives a legitimacy and credibility to our group. It’s not easy to be an artist, especially in a traditional society like the south east of Morocco. We are proud to be the third group in the south east to win this prize, after Moha Mallal, an Amazigh musician from the village of Tamlalte; and Nbarek Olaarbi, known as NBA and founder of the famous music group Saghru.

MWN: How did you start playing music?

I started music alone, when I was a student in Errachidia (a city in the south east of Morocco). There, I had my first contact with Amazigh music: I listened to the songs of NBA, who later became my friend. I was influenced by his music and his personality, so I start to play music myself. During my studies in Errachidia, I sang my first song with a group named Taghensa, and I even started playing with Saghru. I played music with them occasionally, and after the death of Nbarek Olaarbi, we created our own band, Tawargit. 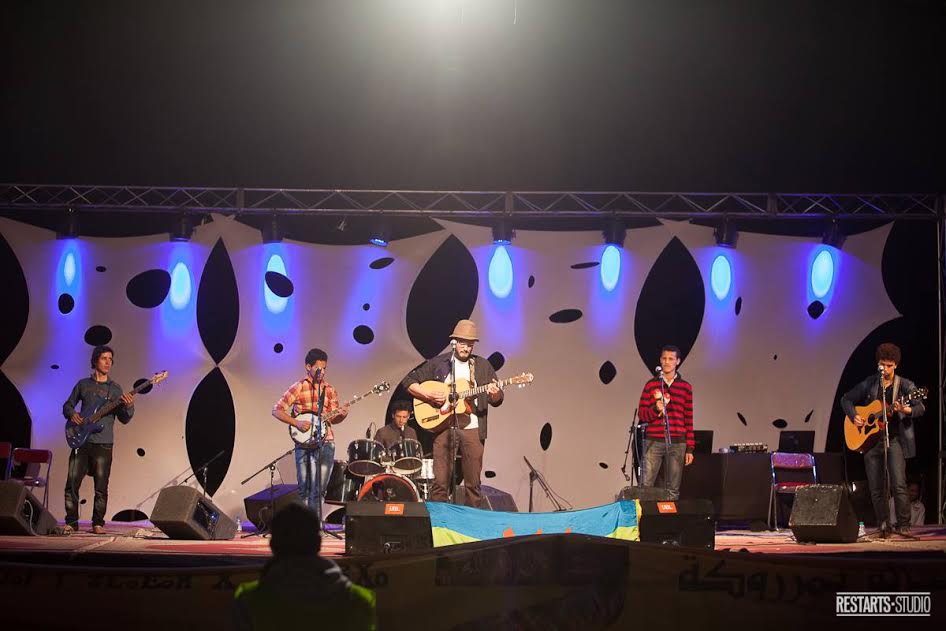 MWN: Who are the musicians that have influenced you?

Personally, I was highly influenced by Nbarek Oulaarbi—not just by his music, but also by our unity, our Amazigh identity. I’ve also listened to other musicians from all around the world, especially from the Kabylie like Idir, lounes Maatoub, Mark Knopfler, and others.

MWN: When did you produce your first album?

Our first album was produced in 2011, with the title “Saghru: Eternal revolution, memory of a forgettable mountain.” Our second album was released in 2013, named “Azwu n Tlelli,” which means “wind of freedom” in Tamazight. In this album, we sing about different topics, such as our history in North Africa, our mothers, freedom, etc.

Now we are preparing our third album, and will be participate in a film about Jewish-Berber music produced by the Moroccan director Kamal Hachkar.

MWN: Why do you choose to play Amazigh music?

It’s not a choice; we grew up in an Amazigh society that has a lot of problems like poor living conditions and lack of infrastructure. These are the things we try to talk about in our songs. Amazigh music for us is a priority: we can’t play music just for dance or have fun, we play music because we have a message. We play music to defend the Amazigh cause and to defend our culture.

MWN: What are the themes that you talk about in your songs?

We sing about everything: what we feel in our daily life, poverty, the Amazigh identity, love, etc. We don’t have borders for our topics. We sing about anything we feel.

MWN: Do you earn money from your music?

Our goal is not to earn money. All members of the group are students, all of them intellectuals. We play music to defend our ideas, and this music helps us in our studies. For us, music is education, and this is our philosophy. Our Amazigh music is not a way for us to earn money because we don’t participate in festivals. We are not featured in the media—we are marginalized, but it’s not a problem for us. We will continue to play our music.

MWN: What is the biggest challenge for your group?

Our challenge is continuing our music. It’s difficult to play Amazigh music, especially in the south east of Morocco, but we will not change. We will fight about our culture and our cause. Another big challenge for Tawargit (and all other music groups in the south east), is that we don’t have institutions to learn music. We have over 40 music bands, and all of them are self-educated musicians. We need conservatories: young talent needs framing. If we had a conservatory in Tinghir (a city in the south east of the country), I’m sure that we will discover a lot of talented artists. 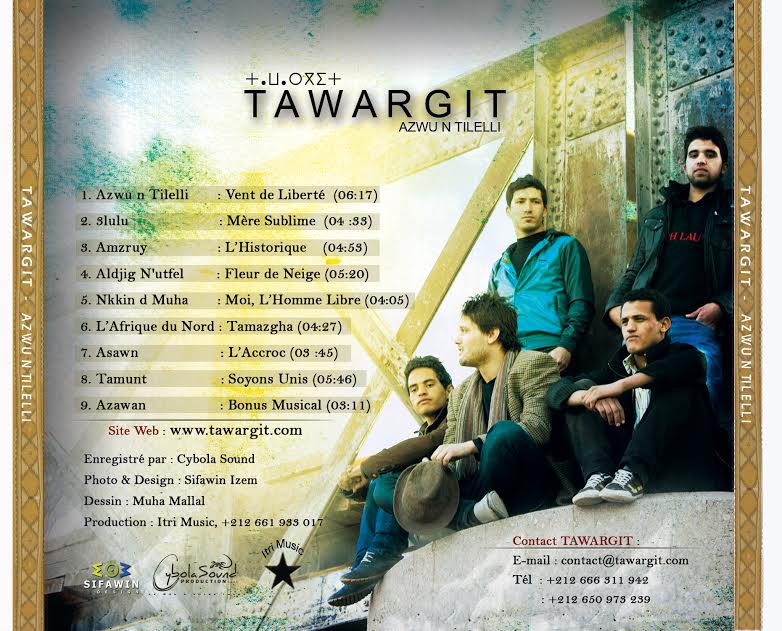 © Morocco World News. All Rights Reserved. This material may not be published, rewritten or redistributed without permission