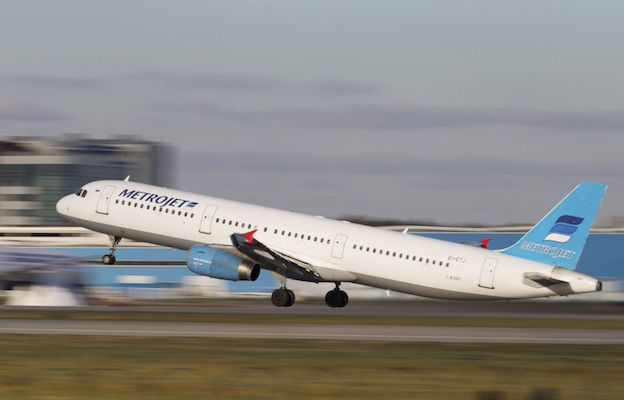 Rabat – U.S. and British security sources have said that the cause of Metrojet Airbus A321 crash could be linked to Islamic State militants. Evidence suggests that the group’s affiliate in Egypt, Sinai Province, could have planted a bomb which caused the plane to go down in the Sinai Peninsula, killing 224 people.

“ISIL-Sinai have claimed responsibility for bringing down the Russian aircraft, they did that straight away after the crash,” British Foreign Secretary Philip Hammond said in a Reuters article published today.

ISIS has called for war against both Russia and the U.S. in response to their airstrikes against the militant group in Syria.

In response to the crash, Egyptian President Abdul Fattah al-Sisi told BBC, “We do not want to rush into conclusions. We all share the same concerns. We want to know the reasons behind it.”

The aircraft, which was run by Russian airline Kogalymavia, was flying from Red Sea resort  Sharm el-Sheik to St. Petersburg on Saturday when it dropped off the radar 23 minutes into the flight. Its wreckage was found about 35.4 km (22 miles) south of Mediterranean coastal town el-Arish.

The United Kingdom has suspended all flights to and from Sharm el-Sheik for an indefinite period of time, according to the Telegraph. The Royal Air Force has sent experts to the Sharm el-Sheikh airport but will not airlift the 20,000 British nationals stranded in Egypt.