New York - A man of Moroccan origin has become the first immigrant to be appointed Sergeant-at-Arms of the House of Commons in the history of the United Kingdom. 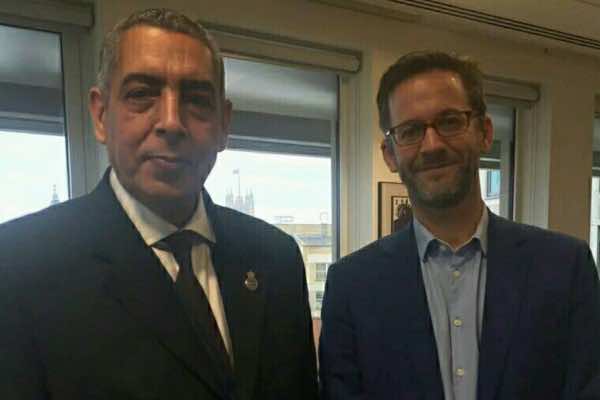 By
Karla Dieseldorff
-
Karla is an award-winning actress and producer.
Jan 4, 2016
Spread the love

New York – A man of Moroccan origin has become the first immigrant to be appointed Sergeant-at-Arms of the House of Commons in the history of the United Kingdom.

Mohammed Amal El-Hajji BEM, known as Kamal El-Hajji, is a Moroccan-British security official and civil servant who was appointed Sergeant-at-Arms of the British House of Commons.

“[Kamal] is the first immigrant to occupy this position in the last 600 years, when it was created,” U.K.’s The Times said.

The Moroccan Muslim who says he will perform with “the help of Allah”, is the “first non-white holder of the role, which requires him to sit in the chamber and carry the mace,” the same source highlighted.

According to BBC News, El-Hajji was appointed by Queen Elizabeth herself in 2015. He was chosen by a panel of parliamentarians headed by the Speaker of the House of Commons, John Bercow.

“I am deeply honored and privileged to have been chosen for this historical position, which dates from 1415,” Kamal said after his appointment.

“I look forward to taking office and follow in the footsteps of previous Sergeants at Arms in order to serve the Parliament,” he added.

El-Hajji has come to replace Bob Twigger who held the Sergeant-at-Arms post since Lawrence Ward retired in September 2015.

The Moroccan official will be responsible for the security of MPs and maintenance of order at meetings in the House of Commons, for a salary of £ 80,000, the Brit paper said.

Kamal El-Hajji loves philosophy and practices Aikido Japanese martial arts. Since 2004, he has held several security roles in the Department of Constitutional Affairs. Kamal is the former Head of Front of House and VIP Relations at the Ministry of Justice.

Liked by his superiors, last December, Minister of Justice, Lord McNally described El-Hajji as “the friendliest he had ever met,” according to Breitbart news website.

The Moroccan-Brit was awarded in December a British Empire Medal (BEM) during the “2015 New Year Honours” to recognize good deeds by citizens, the BBC revealed.